As we near the 2017 presidential election, we are faced with a critical dilemma around civic engagement. According to a recent report from The Knight Foundation, only 33 percent of millennial voters report strong trust in their local governments. What’s worse, only 29 percent of millennials think political engagement produces tangible results.

Government today lacks transparency and accessibility. We can access almost anything from our mobile phones, but what if you want to know your local government’s stance on a bill that’s important to you? Good luck. You’ll probably find yourself stuck laboriously searching through hundreds of pages of content, heading to the state capitol in person or watching hours of video to find what you’re looking for. And that’s only if your local government is open enough to post their proceedings online.

The Open Media Project (OMP) solves these issues through their SaaS solution for governments. The OMP software equips governments of all sizes with an online transparency portal, which allows them to upload, tag and archive video of all proceedings. This allows citizens to access proceedings from their laptop or phone in real-time, or search for bills based on specific keywords so they don’t waste hours sifting through video and documents. Check out our recent interview with Open Media Project CEO, Tony Shawcross, to learn more about OMP’s vision for increased civic engagement across the nation and why he believes open government is good government.

Can you start out by telling me a bit about your background and your inspiration for launching Open Media Project?

Out of college I worked in marketing and communications for a JD Edwards company (now part of Oracle). When the Dotcom bubble burst in 2000 I decided I wanted to dedicate my career to making the world a better place, and spent two years working for the Colorado State Legislature. In both of these environments I was struck at how the power of a message, whether it be through marketing or government legislation, was so strongly influenced by the amount of money behind it. These experiences inspired me to launch Open Media Foundation in effort to ensure that non-commercial messages and nonprofit organizations can still have a voice in shifting public awareness and public policy. When we first launched, we were almost like a small ad agency for nonprofits. We evolved and began helping nonprofits with policy issues, advocacy and helping individuals access tools for public awareness. 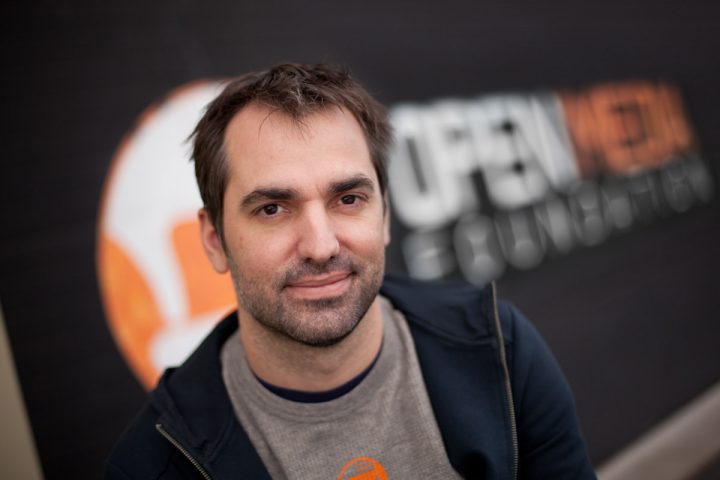 Can you describe how the Open Media Project works?

The Open Media Project is a SaaS tool that allows governments to achieve unprecedented transparency. Our platform gives governments of all sizes the tools needed to upload their proceedings to the Web, organize this video content and make it searchable. This enables citizens to directly engage – either by watching in real time or searching to find the content that matters most to them. As millennial influence continues to grow, it’s critical that we meet them where they are – online. We’ve seen a sharp drop-off in civic engagement in recent years, and we believe the Open Media Project is a way to allow anyone to effortlessly engage with local government and shape impactful political discussions. Our software not only makes proceedings available to the public in real-time, but also archives these videos in searchable format by topic thanks to technology like automatic transcription and voice fingerprint ID. What’s unique about the software is it’s built with an open architecture for compatibility with any streaming service. This makes it much cheaper and means we are able to leverage free and emerging tools from experts like YouTube.

How does your VoiceID system work? Did you build this internally?

For over a year we’ve been integrating YouTube’s automated transcriptions into our system through their API. This gives us a good handle on what was being said at any time, and we also saw tremendous value in knowing who is speaking. One of our senior developers reached out to the Knight Foundation for support to build this prototype at SheSaidHeSaidProject.org. Right now, you run videos through the software and our VoiceID system identifies the different voices that appear, grouping them to identify every time a particular voice is heard. The software groups them and enables an individual to review the clips assigned to one Voice ID and match it to the individual speaking. Once you’ve identified each person, our software will always recognize their voice when speaking and, combined with automated transcriptions, can sort video content both by voice and topic.

How do you foresee this type of technology transforming the way governments operate and citizens engage with government?

Until recently, you had to physically leave work or home and go somewhere to engage in politics. The government has never met citizens where they’re at. Media is cutting coverage of local government, and If you want to be informed enough to influence policy, you have to invest a lot of time, maybe even travel to the Capitol or City Hall. Technology has increased convenience in most aspects of our lives, and government needs the same update if we want to heighten civic engagement. At the same time, trust in government is at an all-time low. People deserve to know what government is doing in their name, and the people demand transparency. If people can get involved from their cell phone or computer without a huge time commitment, we believe there will be much stronger political involvement especially among millennials.

One example is Ali Mickelson from the Colorado Fiscal Institute. Ali was pushing for a tax credit for Colorado’s most needy families, lobbying up against some very well-funded groups. Her opponents had the funds necessary to have multiple lobbyists at the Capitol every day, keeping an eye on the relevant legislation. Meanwhile, Ali was having her first child. Ali said it was already hard enough for her to go toe-to-toe against these big lobbying firms, and when she had a child and wasn’t able to spend hours and hours at the Capitol, she needed a tool that would enable her to still engage and stay informed of what’s going on without leaving home. The Open Media Project allows her to do this.

Is this heightened transparency changing the way governments behave?

Any time you are being watched, your behavior changes and improves. Like the famous Brandeis quote goes, “Sunlight is said to be the best disinfectant.” The more government is out in the open, the better it operates and the less corruption there is.

Are governments open to this level of transparency?

While this level of transparency naturally makes some governments nervous, it’s an inevitable future. This is the way government will operate in the future. The technology is there and this level of accessibility and transparency is widely recognized as a requirement for functioning democracy. We’ve already run into leaders who are passionate about transparency in government and they’re making headway. There are some very committed Speakers of the House and other city governments in which senators are pushing for transparency. Even those who are not spearheading this movement recognize this is an unstoppable change that’s coming as a result of the ubiquity of tech. Even if it’s uncomfortable it’s just a growing reality. It’s an unstoppable force. It’s happening.

Can you speak to any trends in use of the software by your current customers?

One trend is an increasing expectation to have access to unfiltered information. We know people don’t want to sit through hours of government proceedings, nor do they want to rely on commercial media to filter it for them. People care deeply about specific topics they hold close to them, and want to stay informed when those issues are addressed. We make it easy to weed through hours of content to find those few seconds or minutes that are important to you.

Are any states pushing this initiative forward?

Texas was the first state to require every major local government body and school board to live stream and archive proceedings. The New York Senate is doing a lot of innovative engagement work. They are the most forward thinking in terms of expanding participation and engagement in government. However the work they are doing is just for the state of New York and is not pushed through municipal or local governments who lack the substantial budget of the New York Senate. Building these types of tools is costly. The Open Media Project aims to make this software available to any government regardless of size or budget.

What is OMP’s advantage over larger competitors like Granicus?

We are a mission-driven nonprofit. For us, civic engagement and government transparency come first over the profit motive. We aren’t as interested in serving governments that want to post their proceedings online just to check off a box. Our goal is to serve governments that see the value in transparency and civic engagement. Our software is more robust and open than any competitors’. Plus, our service will always be cheaper. We teach governments how to use simple tools like YouTube and archive.org which are free and, in many ways, vastly superior to the solutions from commercial government transparency providers.

Could this be a tool to increase voter participation?

Yes. We want to focus on local government because that’s where voter turnout is the lowest. It’s also lowest among millennials who are used to communicating through social media and mobile devices. This is a tool to help governments reach the people where they are at. We think people can have the greatest impact starting at the local level, but this is a gateway to higher engagement at the national level too.

What’s your 5-year vision for OMP?

We think the Open Media Project can spur a national shift in civic engagement. As more governments use the tool, we will closely track the impact. We plan to continue evaluating which governments are best-utilizing the tool to expand civic awareness and civic engagement and to use that information to create a nationwide shift.

Have questions about Open Media Project? Post them in the comments section or check out ompnetwork.org!