This is the seventh feature in our 2017 entrepreneur series, highlighting Raheem, a chatbot for anonymously reporting and rating experiences with police.

Brandon Anderson, the Founder and CEO of Raheem, intimately knows the desperate need for data and insights that bridge the information gap between the public and police. In 2007, while serving as an engineer in the Army, Brandon received a phone call that changed his life forever. His lifetime partner and best friend had been shot by a police officer during a routine traffic stop.

He and his partner had spent the past 10 years navigating life together. As a teenager, Brandon was kicked out of his grandparent’s house and ended up living homeless, moving from abandoned house to abandoned house. It sounds like rock bottom, but it wasn’t. His best friend ran away with him and in the process of figuring out how to get by on their own, they fell in love. Brandon describes his partner’s love as “radical, unapologetic,” and that it, “changed [his] life.” 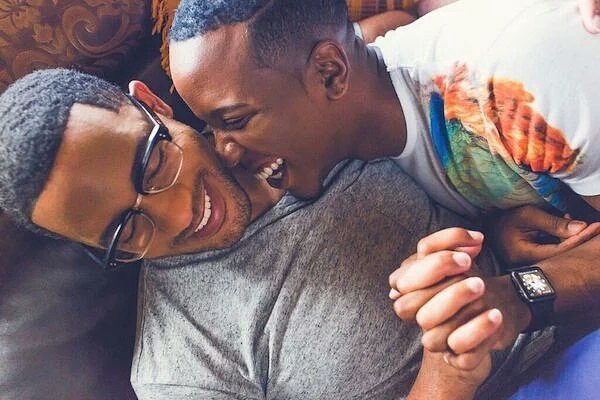 His partner’s death sent Brandon’s world crumbling. The officer who shot him had an extensive record of bad behavior, but was still permitted to patrol the streets. To this day, the officer is still patrolling the same neighborhood where Brandon’s cousins play.

Brandon’s story, tragically, is not unique. According to a 2013 report from the U.S. Department of Justice, 6.5 million people had negative experiences with police in 2011. However, 93% never reported these interactions. Why? Because it’s really hard. Most cities require you go to the police station, in person, during business hours, and file a written complaint. Not only is this impossible for most working Americans, it can also be retraumatizing, demoralizing, and incredibly intimidating.

In the wake of his partner’s death he took on an increasing role as an activist and organizer, and continued thinking more about the problem. He recognized the huge information gap between the public and the police. Both sides lack the tools and resources necessary to collect clear, actionable information on policing.

Several years later, after graduating from Georgetown University, Brandon decided to build a solution. Technology, he thought, could be the answer to daylighting the data on policing.

So Brandon created Raheem (Arabic for compassion) a Facebook Messenger chatbot that allows anyone to anonymously report and rate their experiences with police – both good and bad. This data is aggregated and shared with communities and police departments through a digital dashboard that provides an overview of police performance in communities.

Anyone can easily make a report on Raheem. Simply find Raheem in Facebook Messenger and you can immediately begin to make a report. Raheem guides you through each step of the reporting process, asking you specific questions relevant to your experience, and then filing your complaint or compliment directly to your police precinct and independent auditor.

The interactive dashboard will increase transparency among communities and police precincts. Community members can better understand officer performance in their area. Law enforcement will be able to easily spot officers who are serving their communities well, and those who are overstepping the boundaries. If bad actors are spotted early, the incidence of police violence could be radially reduced. Raheem also plans to partner directly with city governments to provide custom internal dashboards.

This past summer, Raheem ran a pilot with San Francisco and Berkeley. In just 3 months, Raheem collected twice as much data than had been collected in the past year by both cities combined.

With the pilot proven, now the Raheem team, composed of a primarily volunteer workforce, will finish building out the dashboard and determine their strategy for scale.

Anyone can use Raheem today. Visit Raheem.ai to add Raheem to your Facebook Messenger.