Paying it Forward Through Prescription Medicine

Sometimes it is not our own struggles, but the obstacles overcome by others that inspire us towards social good. George Wang, a second generation immigrant and the co-founder of SIRUM, a marketplace for inexpensive prescription medicine, was born and raised in Ohio. Though his parents weren’t natives to the U.S., George’s life was filled with opportunities thanks to his parents’ steadfast dedication to building a prosperous life for their children. Unlike first generation immigrants, George was raised speaking English and going to school alongside kids born in the same country, city and neighborhood.

Life for his parents was not always as simple. They were born in China and both moved to Taiwan during childhood. His parents married in Taiwan and after graduating college, George’s dad immigrated to the United States to attend Arkansas State for graduate school, later to be joined by his wife. Over the years they made countless sacrifices to build a new life in the United States that would benefit their children in years to come.

George knew his parents had struggled as immigrants, yet prevailed despite the odds to create a life of opportunity for their family. George never took their efforts for granted, and knowing how hard his parents had worked was a profound source of motivation. He wanted to give other people the same opportunities he had been blessed with. In a way, it felt like it was his duty.

While working towards his PhD at Stanford, George was set on finding a socially minded way to give back to the community and drive a real impact. When the opportunity to launch SIRUM materialized, George and his co-founders Kiah Williams and Adam Kircher quit their jobs and committed themselves to the project full time. It was the dream opportunity. SIRUM enabled George to create an elegant solution to two major problems haunting the US today: environmentally hazardous drug waste and the inhibiting high cost of prescription medicines. 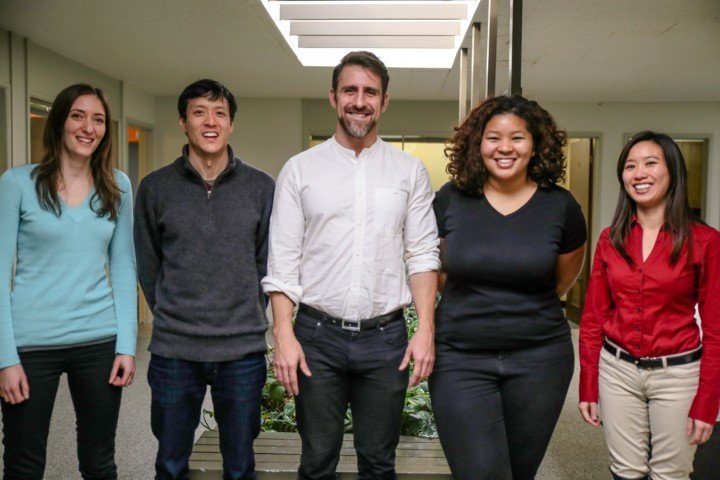 Until SIRUM, $5 billion in unused, perfectly good prescription drugs were wasted each year – either dumped in landfills, flushed down toilets or burnt in incinerators. George, Kiah and Adam realized they could collect these unused medicines and connect them with the 50 million Americans who do not fill prescriptions due to high cost. Health care and prescription drugs are so cost prohibitive that people sacrifice their health just to avoid the exorbitant prices. SIRUM’s marketplace literally saves lives by giving people access to the medicines they need at a fraction of the price.

SIRUM’s service does not discriminate. Whether a customer is a recent immigrant, low-income or just struggling with an insurance plan with insanely high co-pays, SIRUM’s medicine is available. Many customers are immigrants, and George hears stories all the time from patients who come to their affiliate pharmacies and are in disbelief that they can actually access the prescriptions they need without the typical barriers of paperwork, time and money.

Earlier this year Emerson Collective shared a powerful story of a patient who, after 40 years, stopped taking medicine prescribed to treat her bipolar disorder. She was sick of dealing with the side effects and thought she’d be fine without them. However, this was not the case. Her mental state deteriorated quickly and before she knew it she had lost her job and was living in a motel. She knew she desperately needed to get back on her medicine, but without a job the medicine was too expensive even after insurance. Just an hour away from where she lived was a facility that spends over $1,000 a year destroying unopened, unused medicines. Including the exact medicine she was prescribed.

It’s stories like these and the simple expressions of gratitude from patients who come into SIRUM’s partner clinics every day that assure George he’s doing his duty to pay it forward. So far SIRUM has provided enough medicine for 85,000 patients to get the prescriptions they need, and has prevented the waste of thousands of pounds of medications.

When we talked last week, George spoke passionately about how we are all here in America today, mostly as immigrants in one way or another, as a result of struggles our ancestors overcame. America is a nation of survival stories. George shared a touching story about the birth of his father as an example. When his grandmother was giving birth at their home in rural China, there were severe complications and it was unclear whether his grandmother and her baby boy would survive. A European nun from a nearby village came to the rescue as a midwife for his grandmother. Had she not come to his grandmother’s aid, George’s family would not exist as it does today. George said it’s the generosity of others that compels him to do everything he can to give back, and assist others in a way that moves their lives forward.