Beyond 12 is Transforming 1st Generation College Students Into Graduates

This is the first post in Fast Forward’s 2017 entrepreneur series. This week, you’ll meet Beyond 12. Stay tuned all summer to learn the stories of each entrepreneur in our 2017 accelerator cohort.

College graduation is a worldwide measure of educational success and career readiness. For Alexandra (Alex) Bernadotte, college was even more meaningful. College wasn’t just her stepping stone to a dream job, it meant conquering an untouched milestone in her family’s journey towards success in America as Haitian immigrants.

Born in Haiti, Alex was left in the care of her grandmother, Mama Claire, when her parents departed the island seeking a more prosperous life in the United States. Her parents were determined to do whatever it took to build a better life for their family. And for them, prosperity was directly linked to education. No one in their immediate family had attended college, and Alex was their ray of hope. From an early age, Alex was told to study hard, and she did. School was everything to her family, and she knew there was no room for failure.

At the age of seven, she left Haiti and joined her parents in the United States where she saw first hand how tirelessly they worked to make ends meet. In her teens, Alex was mere years away from the elusive goal: college. They had talked about college attendance for years, but in reality didn’t know what it took to get there. Working in a hospital, her mother one day overheard a group of doctors discussing their children’s education. She caught wind of the words “college,” “ivy league,” and “Dartmouth” and suddenly, the answer was clear!

For the next few years, Alex had one mission. She would excel in high school, ace the SAT, get accepted to Dartmouth, and change her family’s socioeconomic trajectory. Her hard work paid off, and come senior year, Alex received her official acceptance letter from Dartmouth. Her family was jubilant! They assumed that the most difficult part of the journey was behind them.

Once August rolled around, the entire family – a caravan of about 10 cars to be exact – packed up and drove to Hanover, New Hampshire, to see Alex off. While they had discussed and dreamt of Dartmouth for years, they had never been to the campus. On paper, she was primed for any university in the United States, but because Alex was the first in her family to go, she’d never been advised or prepared for the social and emotional experiences that lay ahead. Upon arrival, Alex immediately felt out of place. She walked into her dorm room to find her barren bed facing the elaborately decorated bed of her roommate who came from a wealthy American family. All she had brought with her were her clothes and sheets.

The dorm room disparity was only the beginning. Alex continued to struggle with every aspect of her college experience – from her studies to fitting in socially, she felt like she was failing. Her grades were dropping and so was her morale. Eventually, she hit her breaking point. She went home completely downtrodden and terrified that she had failed her family’s dream. It was time she told her family the truth about college.

Once she came clean about her hardships and with her family’s unending support, she became more determined to succeed. She returned to Dartmouth with a new game plan. She sought out mentors and tutors, became immersed in campus activities, and learned how to navigate the ups and downs of college life. Four years later, Alex walked across the Dartmouth stage to receive her diploma, along with her entire family who had caravanned back to Hanover to be a part of the big day.

Based on her college experience, Alex was committed to start a movement to ensure other first-generation students wouldn’t struggle as she had, so she founded Beyond 12, a tech-based coaching organization. Beyond 12’s mission is to significantly increase the number of historically underrepresented students who graduate from our nation’s colleges and universities. Working in partnership with K-12 and higher education institutions, Beyond 12 provides students with a personalized coaching platform backed by a robust analytics engine. Organized around an evidence-based curriculum that includes customized content on academic success, financial stability, and campus resources, as well as life balance, social capital, and career planning, Beyond 12 identifies and addresses challenges students face before they lead to attrition. 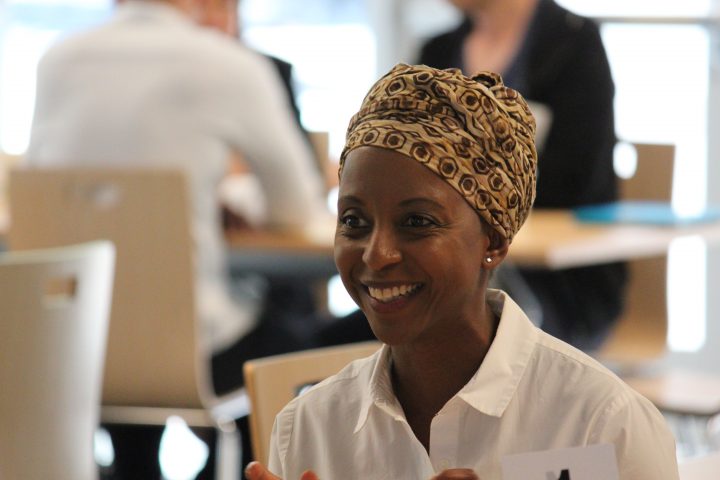 The most critical piece of Beyond 12’s work is delivered through its student coaching platform that consists of a mobile app called MyCoach and personal human coaches. MyCoach acts as an on-demand guide to remind students of the activities, deadlines, and behaviors that lead to success, translating essential college tasks into actionable, bite-size steps. Using the data it collects about each student, Beyond 12 then identifies the students who are most in need of help and matches them with a full-time, virtual college coach. These coaches are recent college graduates, and many were the first in their families to attend college, so they understand firsthand the challenges students experience on the road to earning a college degree. Through the coaching platform, Beyond 12 creates a comprehensive student risk and success profile that can be leveraged by high schools and colleges to track the efficacy of their college readiness models and support programs. 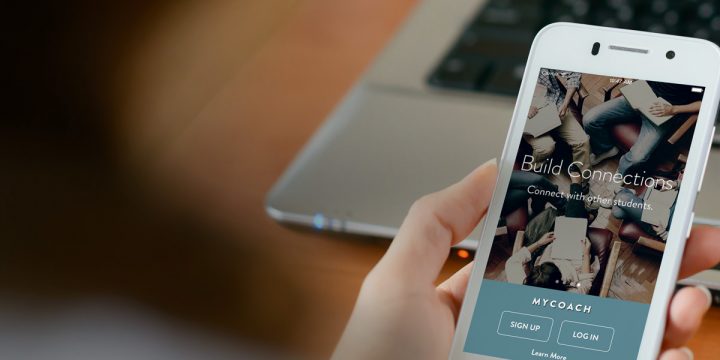 Today, Beyond 12 has become the missing link between high school and higher education for first-generation college students. Among students who received four years of support from a Beyond 12 coach, 53% have earned a degree and another 35% remain enrolled in college four years after entering (for a total persistence and attainment rate of 88%). By comparison, just 42% of underrepresented students have earned a degree or remain enrolled six years after entering college, according to the National Center for Education Statistics.

Having proved the efficacy of its services, Beyond 12 is ready to accelerate its growth by integrating its one-on-one human coaching service with the next version of its MyCoach mobile app. By powering its coaching platform with an analytics engine that predicts which students need help and when, Beyond 12 prescribes just the right type of support for each student. In the coming years, Beyond 12 will be able to provide tailored coaching to 1 million students annually.

A wonderful example of Beyond 12’s work is conveyed in a student quote. Melina, a 2016 graduate of Armstrong University shared, “Thank you so much for guiding me on this remarkable journey! I wouldn’t have been able to accomplish this without you guys. I came from a really poor home where pursuing education was almost impossible. Beyond 12 and Hispanic Scholarship Fund were so helpful in my undergraduate studies…My Beyond 12 coaches were with me every step of the way…with their encouragement, advice, and dedication they inspired me to try my best! I hope to continue reaching for the stars and return my thanks in the near future for students that come from backgrounds like mine.”

For more information on Beyond 12, visit www.beyond12.org.