With election day upon us, and most of us on edge as we await to hear the verdict, what better way to shine a positive light on political change than focusing on the good work of civic tech organizations. We’re talking about tech nonprofits building products that make government work better for us all. Over 50 percent of our 2016 cohort fell in the civic tech arena, with focuses ranging from tech for legal empowerment to local government transparency platforms.

One noteworthy trend in nonprofit civic tech is the rise in tools that lower the barrier to entry for civic engagement, whether local or at the national level. With U.S. voter turnout rates looking dismal in comparison with the rest of the developed world, it’s critical we develop a better means of engaging the American public in government. Every element of our lives is becoming increasingly digitized. Civic engagement should echo that trend. Increasing civic engagement requires a blend of accessible data, digital access-points, heightened transparency, and engagement platforms.

So what are some of the specific issues for which tech nonprofits are building solutions? Here’s a breakdown of how our alumni are increasing civic engagement, protecting human rights, and enabling democracy.

The results were extremely compelling and pointed directly to the treaty’s flaw. The Colombian expats who participated in the vote were polled not only on their support for the bill itself, but also on the 6 aspects of the peace agreement. The votes unanimously supported the peace treaty in every category, except for 1 – whether or not the FARC should be allowed to become their own political party. Over 75% of voters supported the referendum, with the exception of one key aspect. 70% of voters opposed the FARC’s political participation. You can check out Democracy Earth’s data report for complete details. You can also view the final results of Democracy Earth’s Digital Referendum here.

JustFix.NYC is a platform that connects tenants to support for legal empowerment in situations of neglectful housing. Most of us have been here before – you have a mold problem, a broken faucet, or rodents in your apartment. Yet your landlord refuses to do anything. Or worse – your landlord is trying to evict you so he or she can hike up the rent. 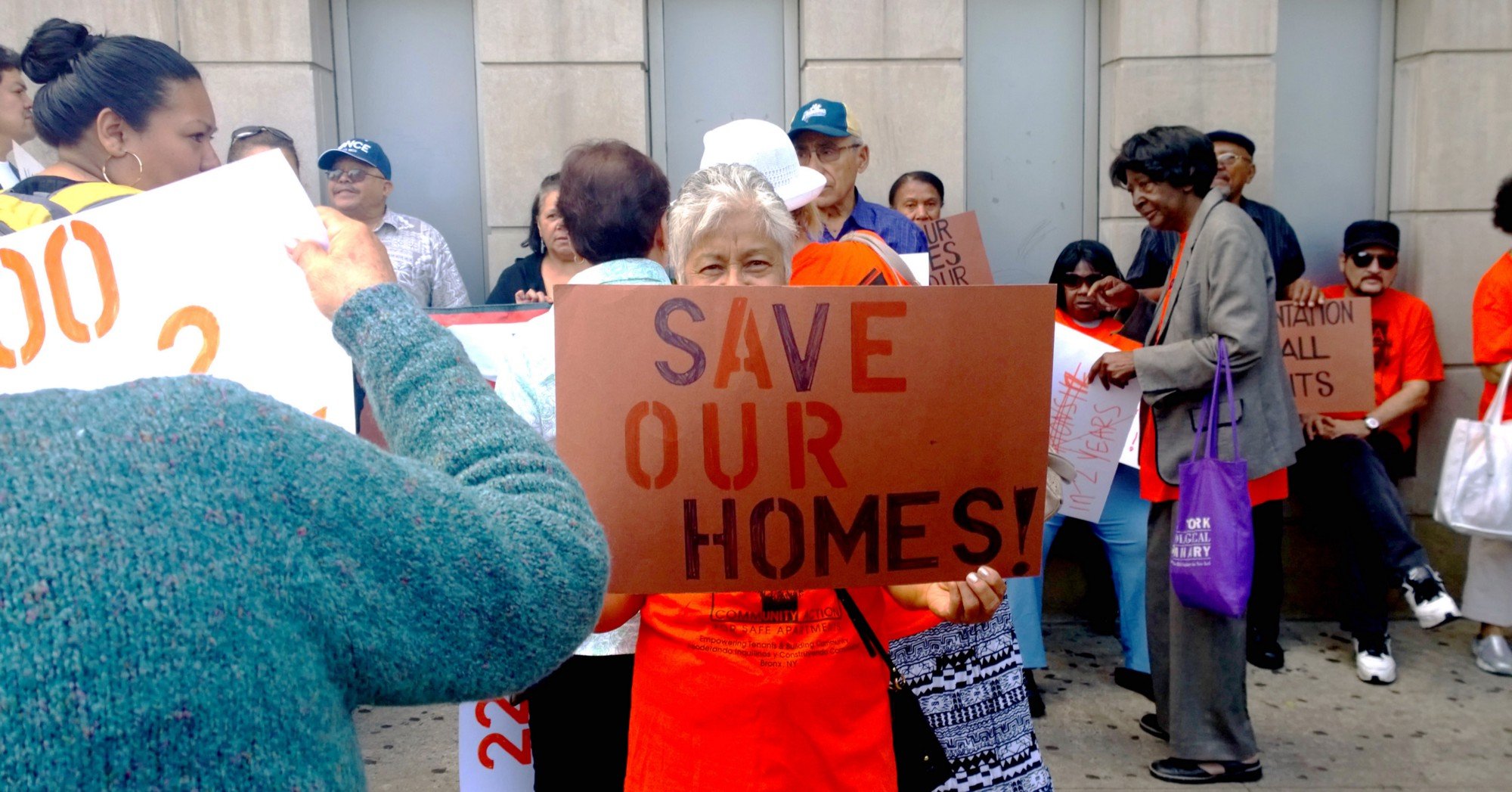 These situations leave tenants feeling like they’re in the dark. Tenants don’t know what to do with their evidence, or who to contact for legal support. JustFix.NYC allows tenants to build a well-documented case, connect with legal counsel, and ultimately achieve housing justice. JustFix is live in NYC, and you can sign up at www.justfix.nyc

For example, if you want to know where your representatives stand on fracking or gun control, you can simply search for these terms through the OMP platform and instantly find the video content relevant to that exact topic. Previously you would have to go sit through proceedings at City Hall, or watch hours of video footage to get to the content that matters most to you. Open Media Project is meeting citizens where they are to increase engagement where it matters most – at the local level.

Sixto Cancel, founder of Think of Us, built the mobile app he wished he had while growing up in the foster system. The Think of Us app functions like a digital personal advisory board for foster youth as they prepare to exit the system. Currently, 50% of foster youth become homeless when they age out of the system on their 18th birthday. Think of Us helps youth set goals for important milestones like applying to college, getting a job, renting an apartment or buying a car. 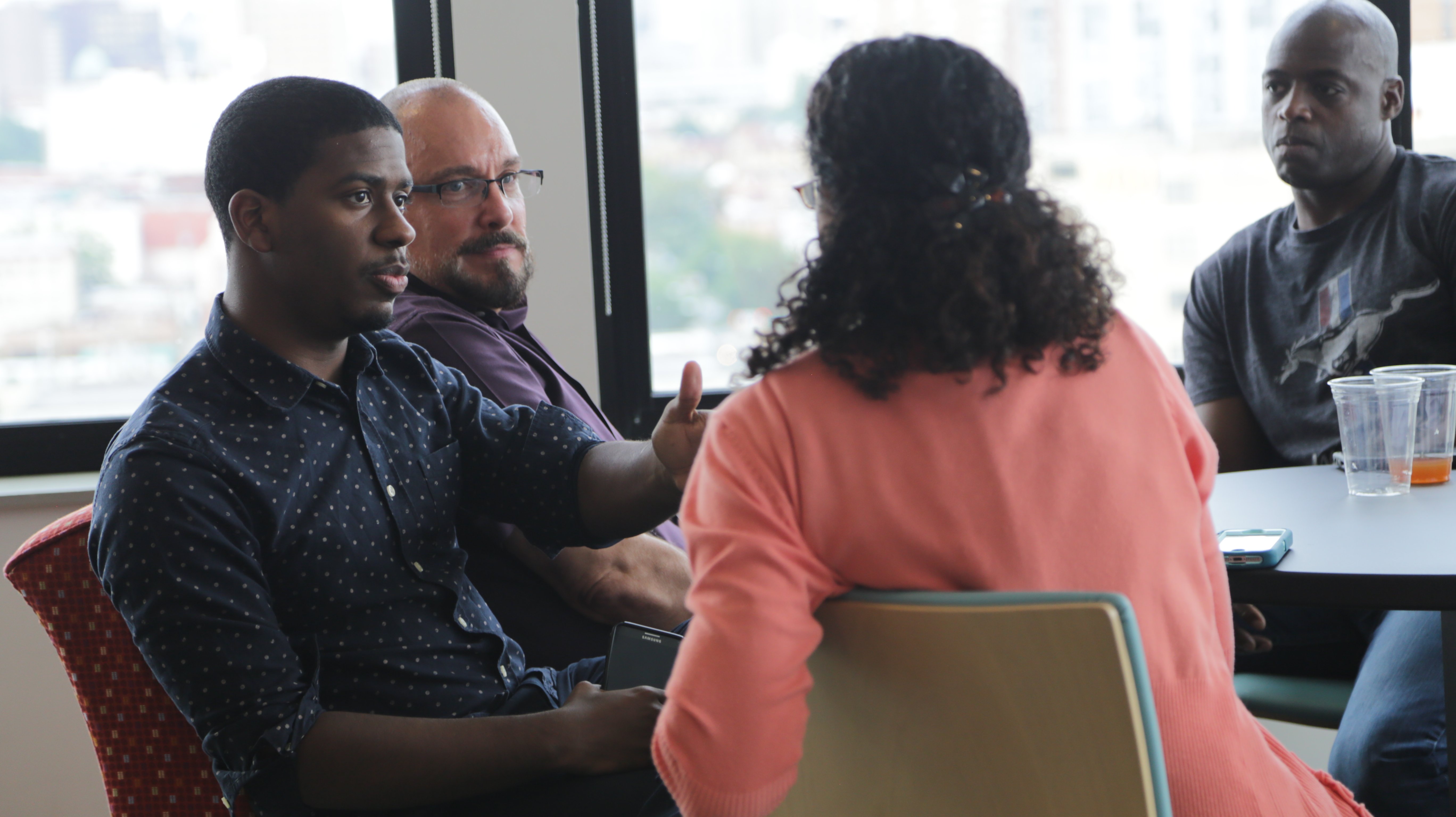 Through the app, youth pull in supportive adults from their personal network who help them set action steps and navigate the process of meeting these goals. The app collects valuable data that’s never been available until now. These insights will move social services policy forward, and better equip caseworkers when evaluating how to handle situations. Historical data has a big impact. Think of Us was born out of Sixto’s commitment to action in the Clinton Global Initiative University. This week, Sixto participated in a town hall discussion with Anne Holton, VP Candidate Tim Kaine’s wife, in which she committed to prioritizing child welfare and stated she would bring Sixto’s ideas to the White House.

After Michael Brown was fatally shot by a police officer, a heavy question arose. Why wasn’t there any data on police violence? And in particular, where was the data on police violence against black people? Four activists banded together to create, We the Protesters, the most comprehensive database of statistics on police violence. The We the Protesters platform is multifaceted, and provides tools for activists to take action towards policy reform. For example, their Contact Your Representative tool allows anyone to type in their zip code and see their local representative’s stance on relevant policy and contact that representative directly to demand reform.

Campaign Zero is a comprehensive policy agenda detailing action steps for federal and state officials to eliminate police violence. We the Protesters’ policy agenda has already influenced Hillary Clinton’s agenda on policing. Interested in doing your part in the movement to end police violence and systemic racism in the U.S.? We the Protesters is built through collaboration and will soon launch a platform for micro-volunteering. Do your part to move the first digital civil rights movement forward.