Imagine the moment you open an email to discover your organization has won a $4 million grant. Finally – the chance to make all of your audacious dreams a reality… right? Now, imagine the moment you realize that with this money comes big expectations, and so many things that can go wrong on the path to scale.

That’s what it was like for Michelle Brown, Founder and CEO of the wildly successful tech nonprofit CommonLit, when her organization received a $4M Federal Grant from the Department of Education back in 2016. You may have heard of CommonLit before – it’s the platform for free literacy tools and curriculum that reached 1 million users as fast as Facebook. Today, CommonLit serves over 5 million users and is in 32% of U.S. public schools. However, this hockey stick growth was not free of growing pains.

The windfall of funding came with a windfall of challenges. But with change come lessons learned. Now, Michelle is ready to help other CEOs avoid the pitfalls she encountered as they scaled. 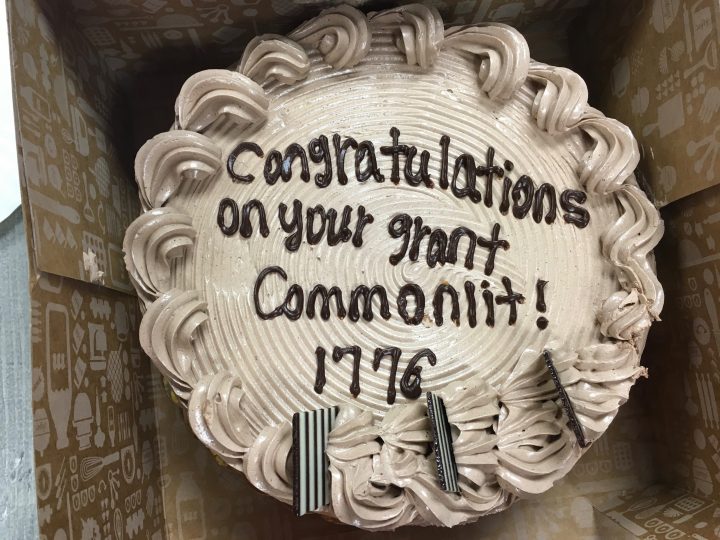 A wise person once told Michelle the job of a CEO is threefold. You’re in charge of resources, talent, and vision. “Once we won the 2016 federal grant, I could check the box of having resources,” says Michelle. “Since the vision was basically set out for us in the grant application and timeline, my core focus at the time became hiring new talent.”

For this particular federal grant, there was no ramp up period. CommonLit was expected to start using the money right away. At the time, they were a team of three.  “Each day that went by where we didn’t have a body in a seat, we risked not meeting our milestones,“ Michelle recalls, “so we went into what I would call a ‘hiring frenzy’ and hired about 15 people in 40 days.” 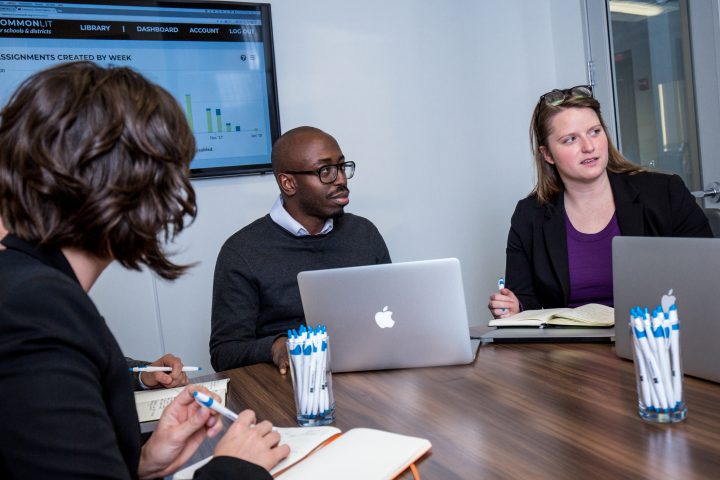 In the haste to fill desks, CommonLit lost the opportunity to think about the long-term evolution of the team and organizational structure. All of a sudden, they had scaled to 16 employees. However, many of them were not suited for the fast-paced startup environment. Michelle recalls that it quickly became apparent they hadn’t considered all the things that collectively make for a strong team.

Michelle had to do what every leader dreads: fire people, and fast. There was no way around it if they wanted to scale with a resilient, committed, and ultimately successful team. Once they cleaned up the existing team, Michelle says, “we stepped back and asked ourselves, ‘What do we value in an employee at CommonLit?’” This simple question sent the CommonLit team into a deep thought exercise about their company values.

They came out of this process with 4 critical soft skills they felt were absolutely essential to being a valued member of their team. They codified this into a set of Team Values, then built the values into the hiring process. For example, at CommonLit, every candidate takes part in an interview where they have to talk about a time they gave and accepted critical feedback. Ensuring that new hires mirror the team values transformed the hiring process, and ultimately the composition and culture of the team. 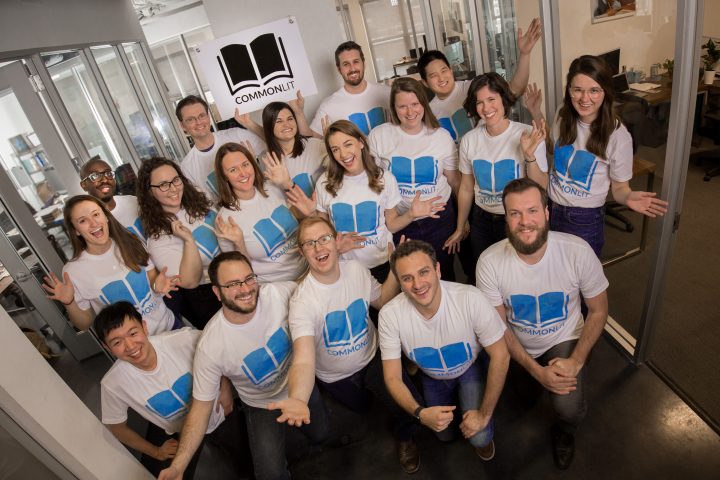 Lesson #2: Don’t Be The Messenger

With a big budget and exponential increase in headcount, Michelle quickly learned that at a tech company, different departments should not operate in silos. In an effort to meet the challenge of cross-functional team communication, Michelle made mistake number two. Instead of establishing internal communication processes, she started by acting as a messenger.

She recalls the insanity of that strategy, “Here I am meeting with the product team. As soon as the meeting ended, I’d walk over to the engineers and be like, ‘Hey, guys… here’s what the product team just said.’ This was a waste of my time and talents, and was completely inefficient. Knowledge is power in a startup, and it needs to be easily and quickly accessible to everyone.”

If CommonLit was to scale successfully, Michelle needed to give her organization the tools to work together effectively. “I realized,” Michelle says, “that if I just put the teams in a room together, they didn’t necessarily know what to talk about early on. This was because I hadn’t yet created a structure for cross-team collaboration.”

But Michelle also could not continue to function as the messenger. So, she created a list of questions for teams to use in these cross-team meetings:

This was helpful for resolving day to day bottlenecks. But they needed a different solution for longer project management challenges. “The projects were getting far, far more complicated” as the product became more complex. “There were a lot of people who needed to be at the table at once,” Michelle told us. “To avoid meeting overload, we created a template. It’s essentially what other companies might call a product roadmap. It maps out each phase, and all of the sub-goals of each phase on a timeline. It also outlines how a team can pass the baton when they complete a sub-goal. This way, nobody is creating bottlenecks.”

To illustrate, “Before we roll out our new assessment platform, someone needs to create a slide deck to train teachers on how to use it. But,” Michelle goes on, “they can’t do that until the wireframes are done so they can take screenshots of the platform.” The product roadmap and collaboration documents help teams collaborate on projects that require lots of handoffs on a tight timeline.

This type of project management structure is easy to replicate. It’s a big Excel doc they duplicate for new projects. “My key goal,” she shares, “was not that it would become a top down ‘compliance tool for Michelle.’ I wanted to create a document that teams would maintain even if I weren’t around because it makes communication better.”

But before CommonLit had comprehensive organization tools, Michelle faced leadership challenges as she transitioned from CEO of a 3-person company to CEO of a growing team of 16. “In our early scale days, our team got pretty mad at me because I was the bottleneck on a lot of things that required my approval. I was still working at an unsustainable pace, but mostly on administrative work,” which was sucking up valuable time.

Michelle recounts that she “wasn’t doing anything related to the vision, because I was just buried in administrative tasks… I was doing a million other things that I uniquely did not have to do.”

“I realized that the organization could not move forward unless I focused on the vision,” she says, “Either I was going to do it, or no one was going to do it.” So, Michelle wrote down all of the tasks she had been working on and organized them into different buckets. Then she passed the “buckets” off to other people in the organization to lighten her load and re-prioritize. 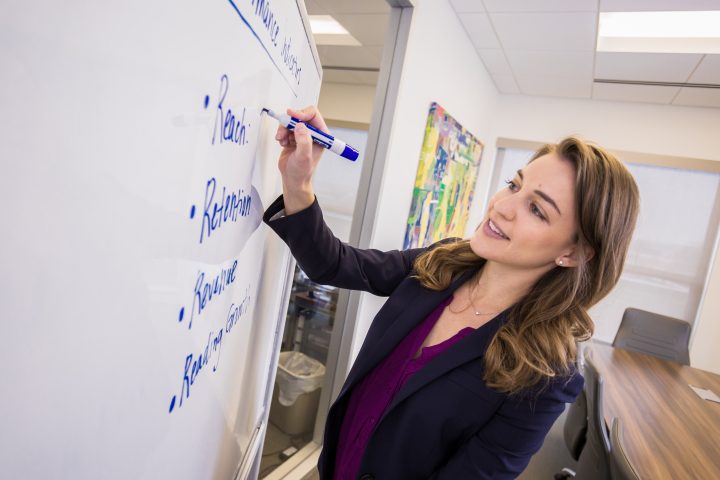 This prioritization and offloading process requires intensive upkeep. It’s not one and done. “It starts with auditing your time every week. Actually look at how you’re spending the day.” As a CEO, you should ask yourself, “Is most of my day spent on resources, talent, and vision? If the number one thing your organization needs is money because you’re running out of runway, then you should not be approving  timesheets.” To maintain a well prioritized workload, “It takes a lot of discipline and a constant audit, because it changes every week.”

“My experience of being a CEO is that you have to get halfway competent at a thing and then hand it off to someone else who’s going to do it way better than you. If I just focused on completing tasks I’m not uniquely good at, then I wouldn’t be doing the work of being a CEO,” Michelle says. The question she asks herself with each task is: “Am I uniquely good at this?” For example, “Am I uniquely good at facilitating this meeting every week?” When the answer is no, she knows it’s time to remove herself as a bottleneck. 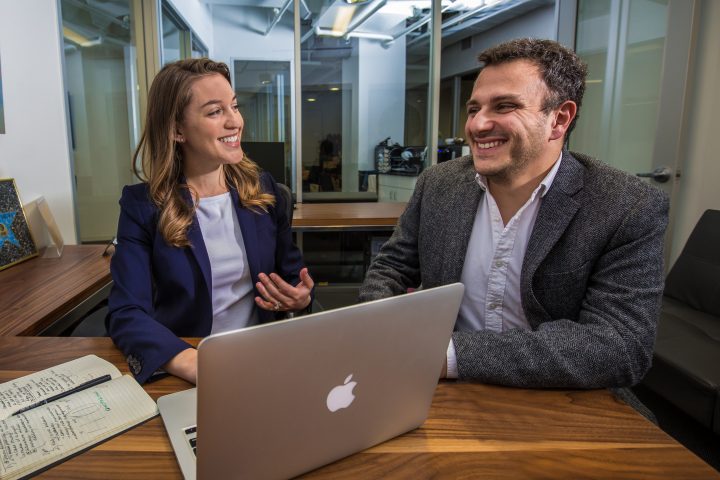 There is No Playbook When You Scale

As Michelle begins executing on her second $4M grant, this time focused on international expansion, she’s learned that each funding award must be approached differently. (We wish things were simpler, too.) To increase your chances of scaling successfully though, learn from Michelle. Remember that as a CEO, it’s critical to hire people that align with your company’s values, create scalable processes for cross-functional communication, and to hold a steadfast focus on resources, talent, and vision.